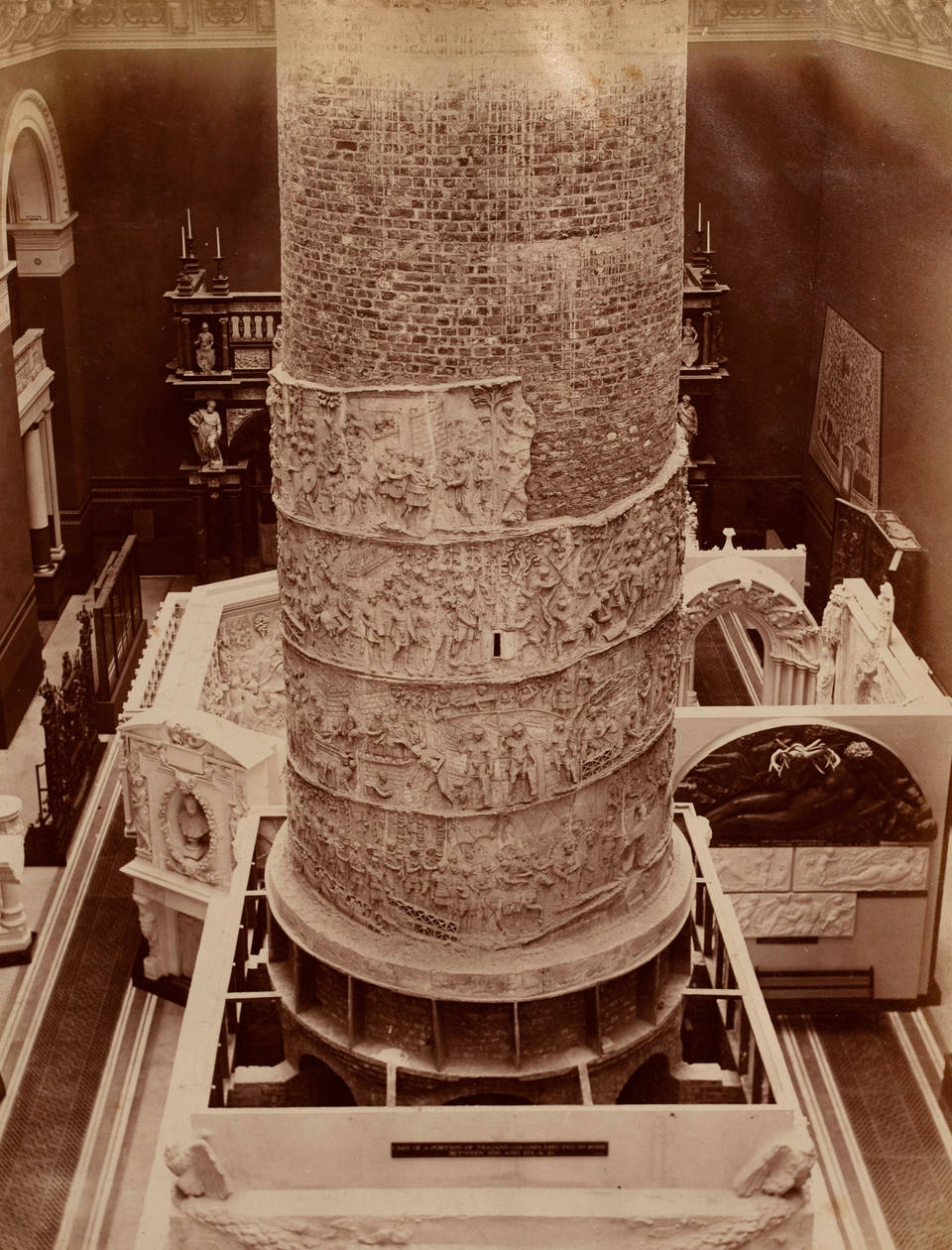 What if the leading museums decided to make perfect reproductions of the great works in their collection and ship them all over the world? People in Berlin could stare up at Michelangelo’s Moses while Trajan’s Column towers over Vienna, Copenhagen, and Brussels simultaneously. A single room in London could contain the altarpiece of a medieval cathedral, a Roman tomb, and a Hindu goddess, while rooms in Frankfurt, Moscow, and Oslo display the exact same works.

In 1867, 15 European princes (Amadeus, Duke of Aosta? Oh yes he’s there) came together to sign the Convention for Promoting Universally Reproductions of Works of Art for the Benefit of Museums of All Countries to do just this. Their motivations and experiences help shed light on today’s emerging renaissance of access to shared cultural heritage.

The nineteenth century Princes recognized two things. First, that technologies such as casts, electrotyping, and photography had made it easier than ever to reproduce great works of art without damaging the originals. Second, that most people would never have the opportunity to travel the world to experience those original works firsthand. If the works were not distributed widely the vast majority of people would simply never see them.

Their solution was to agree that their museums would make full scale replica copies of their greatest treasures and exchange them among themselves. All of the museums could have all of the works. A worker in London who would never travel to Florence could still experience all 17 feet of Michelangelo’s David with her own eyes.

These collections – known as cast courts – fell in and out of fashion in the century and a half since the Convention was signed. Fortunately, they never fully disappeared. London’s Victoria and Albert Museum has just completed a massive restoration of one of the few surviving cast courts. In some cases, the museum’s copies have outlived the original work and are the only way to experience them first hand.

While the collection is inspiring in its own right, its rejuvenation coincides with a rediscovered interest in using technology to bring works out of museums and into the hands of the public.

Like the cast courts, these new efforts are also driven by technological innovation and a recognition of the value of bringing great works of art to people wherever they may be. Advances in photography and 3D scanning have made it much easier to create accurate digital replicas of works. The internet allows those replicas to reach a worldwide audience. And digital manufacturing technologies such as 3D printing allow that audience to re-create those works wherever they may be.

Europeana is an EU-wide effort to help get Europe’s cultural heritage online and make it accessible. The Digital Public Library of America is a similar effort in the United States. OpenGLAM helps galleries, libraries, archives, and museums make their collections more accessible to the public. The Smithsonian Institution started making scans of items from its collection available online, so you can explore a 40-foot whale fossil, Abraham Lincoln’s face, or even the Apollo space capsule on your computer.

Experiencing these works firsthand can be inspiring, but engaging with them helps drive the creation of more culture. Of course, customizing copies of great works is not unique to today. After Queen Victoria’s initial viewing of the Museum’s David sculpture, a fig leaf was commissioned to help make the sculpture a bit more modest.

Today’s virtual casts are the foundation for somewhat less puritan creativity. The Rijksmuseum in Amsterdam’s open collection has inspired sleep masks, contact lenses, and dances. Jewelry designers have created new works based on paintings housed in the National Gallery of Denmark. The Met Museum invited the public to scan and remix the statues in their collection into new works.

These digital files can also be used to fuel machine learning-based interactions. The ml5.js style transfer libraries allow users to take webcam images and restyle them based on great paintings.

The last ingredient that makes this kind of access work is a legal one. Copyright protection on these great works of art have long since expired, placing them firmly in the public domain. That means that there are no licenses to negotiate and no royalties to collect. Rembrandt’s lawyers are not going to come after you for turning The Night Watch into a Nightshirt.

The Public Domain Review is one organization that makes this connection to the public domain explicit. Its twitter feed is full of interesting images freely available to everyone and its gif collection shows what can happen when you invite people to engage with them.

Expanded access to these works is also coinciding with the expansion of the public domain itself in the United States. On January 1, after being effectively frozen for 20 years, an entire year’s worth of creative works will enter the public domain. For 2019, that’s all of the work created in 1923. 2020 will see work from 1924, 2021 from 1925, and so on. That means that just as technology is making it easier to access the cultural heritage that makes up the public domain there are more public domain works to access.

The feature image of Trajan’s Column being installed in the cast court is from the Victoria and Albert Museum and was taken around 1873.