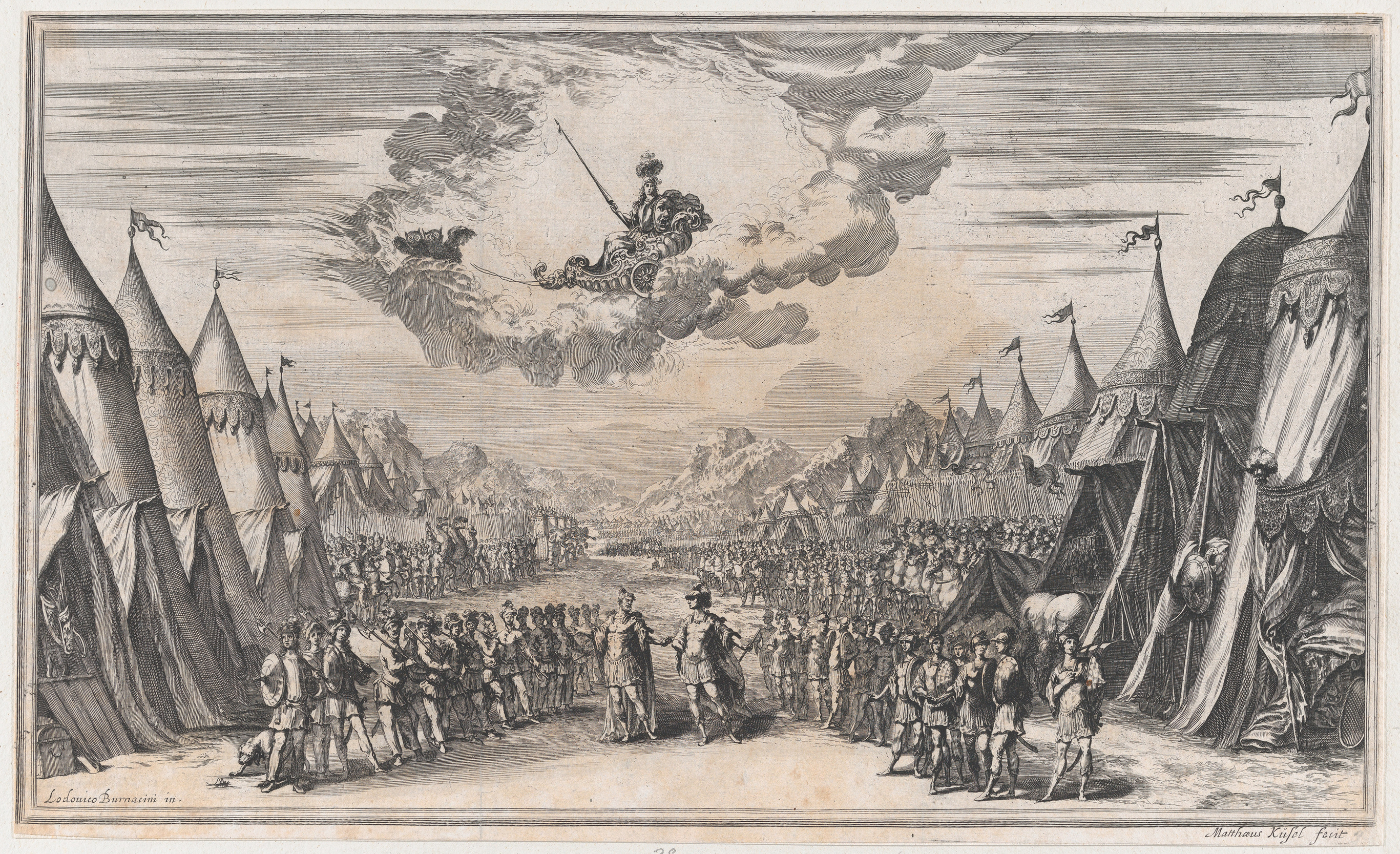 Openness is on the march!

Actually, openness has been on the march for some time. As it marches, the fundamental nature of the most important debates around openness appear to be changing.

A number of different open communities - open software and hardware, open culture, open data, open GLAMs, etc. - seem to be entering a new phase of their development. This new phase is characterized by their successful growth into and adoption by the mainstream.

While debates about the fundamental legitimacy of openness continue (and will continue), the growth and success of openness has given open communities confidence that the core concept of ‘open’ is viable. This has helped shift the discussion around openness in new directions towards new questions. The key debates in openness advocacy now involve a larger group of people trying to reconcile openness with other values that they hold to be equally dear.

This larger openness community is struggling to balance its interest in openness with other closely held values. Unlike in the past, where other values were seen as competing with openness, today’s debate strives to find ways for openness to coexist with these values. However, the fact that both sides of these discussions believe in openness can be a challenge to the adversarial debate styles that openness communities developed in earlier eras.

That creates a challenge for the openness community broadly, and for specific openness communities. If they continue to operate under the old debate models, the communities will treat these internal criticisms as external threats to the foundation of openness. In doing so they risk alienating the expanding community at what could be a moment of triumph. Alternatively, these communities can reorient themselves to engage with the new criticisms as a way to strengthen the work, make it more inclusive, and ultimately broaden the adoption of openness. This is a harder path, one that may prove to be self-destructive. However, it may also be the only way to continue to expand openness.

In most cases, openness communities were founded in environments that were skeptical towards openness.

Openly sharing software or hardware, making books or photographs parts of the commons, releasing data to the public, and inviting anyone to make use of GLAM collections were fringe ideas that needed to prove their legitimacy to the wider world. Early advocacy communities tended to be relatively small and homogeneous. While these communities were often full of internal debate, their most important arguments were with the rest of the world.

The rest of the world was largely skeptical of arguments for openness and questioned or rejected the conceptual frameworks that the open advocacy communities represented. As a result, openness communities often adopted a “for us or against us” posture towards debates around the merits of openness. They established bright line rules to help define ‘true openness’ to reduce the risk of bad actors gaming the system. Questioning these tenets was viewed as akin to questioning the legitimacy of openness itself.

This posture helped to fuel the growth of openness. However, it also created patterns for responding to critiques that can cause problems in a more expansive openness community.

While there is still a long way to go, in many cases openness has spread more effectively than most of its original proponents could have hoped. Even opponents of openness have retreated from categorical “openness can never work” arguments towards more nuanced “openness does not work in this case” arguments. The world is still full of open skeptics, but it is also full of success stories that prove that open approaches can work in a broad range of situations.

One result of this success is that the open community is much larger and more diverse than when many of the original open communities began. These diverse members bring a broader set of expectations and concerns to internal discussions within openness communities themselves.

This diversity of expectations united under the banner of openness means that the openness community as a whole, and individual open communities in particular, are grappling with a new round of conceptual concerns from within. Unlike the traditional external critics of openness, these concerns do not question the fundamental legitimacy of openness. Instead, they start with an assumption that openness is good, socially productive, and something that should be supported. They then attempt to incorporate other values that community members view as equally important to openness in the hopes that these values do not contain fundamental conflicts.

Community members with these concerns are not trying to eliminate openness from the outside. Instead, they are working to improve openness from within by finding ways to accommodate their additional concerns and uphold what they view to be important values.

It is all well and good to make grand pronouncements about cultural shifts. How does this conflict manifest itself in specific openness communities?

There are good reasons to adopt this kind of rule. Ethics are slippery. They can evolve over time and be different in different contexts. They can also be incredibly hard to define in a consistent way. Introducing ethical constraints to a copyright license can add instability to the entire process.

And yet… a growing community within open source believes that instability is a price worth paying. The more central software becomes to our lives, the more important ethical considerations may be to how it is used. People who understand themselves to hold openness as a core value are working to combine it with other values they hold equally dear.

While an undeniable marker of Creative Commons’ success, these cultural signals can raise questions when they are detached from legal reality. For example, many members of the 3D printing and open source hardware communities attach Creative Commons licenses to objects that do not have copyrights that can be licensed. At best, this converts something that was designed to be a legally binding document - a license - into something more like a cultural signal or a not-legally-enforceable request.

This shift raises the potential for all sorts of problems or misunderstandings between creators and users. Is it a sign of a corruption of Creative Commons? Or an exciting expansion? While reasonable minds can disagree, both sides of the disagreement start from an assumption that Creative Commons - and the openness it represents - is a good and viable thing.

Who Should Control Open GLAM Collections?

The Open GLAM (Galleries, Libraries, Archives, and Museums) movement is an effort to encourage GLAM institutions to make their collections more accessible to the public. While this can take many forms, one of the most common ways to implement an Open GLAM agenda is for an institution to digitize the works in its collections and make those digital versions available online in an open and unrestricted way.

A core goal of the Open GLAM movement is to make more culture available to more people with fewer restrictions on what those people do with the collections. Institutions large and small have joined the Open GLAM community by opening parts of their collections.

While this goal of making more culture available to more people with fewer restrictions drives the push for Open GLAM, it can also overlook the sources of those collections and sidestep questions of who should have the authority to make culture more available.

Projects such as the TK (Traditional Knowledge) Labels are designed to give Indigenous communities a voice in how GLAM collections that include objects from their cultures are used by the wider world. Scholars have also raised questions in other contexts about who should be empowered to decide when an artifact is made available to the broader public.

Viewed one way, these efforts act against the core goals of openness by limiting how ‘open’ objects can be used. Viewed another, these are attempts to find a version of openness that includes equally important values like representation and inclusivity.

However one is inclined to view them, these types of critiques are not rooted in a rejection of the core concepts of Open GLAM. Instead, they are being raised by people within the Open GLAM community who believe that there are better ways for Open GLAM to achieve its goals. They believe that Open GLAM will be strengthened - not undermined - by incorporating concerns and stakeholders that were largely left out of the original discussions. To the extent that these new tools introduce restrictions on the use of open access works, those restrictions assume full open access is a natural starting point for the discussion.

Does This Need to be Resolved?

In each of these communities it is easy - and tempting - to try and push these questions aside, categorizing them as beyond the community scope or undermining the push for openness. After all, the universal principles that founded these communities have gotten us this far. They are a success!

This type of doctrinaire approach tends to work well until it doesn’t. If open continues to succeed and grow, open communities need mechanisms to incorporate the broader set of people who will make them up. It is not reasonable to assume that this new universe of open enthusiasts will come with exactly the same values as the founding cohort, or to declare that the concerns that they bring to the community should be dismissed out of hand.

Instead, open communities should begin prioritizing developing tools and processes to manage internal dissent about the limits of openness in ways that feel legitimate to everyone involved. This does not mean that open communities need to accept all of the concerns or accommodate them. It does, however, mean that they need better ways to give them a fair hearing.

Header image: The leaders of two armies conversing, their respective troops and camps on either side; above, Minerva observes from her chariot; set design from ‘Il Pomo D’Oro’ from the Met Open Access collection