Introducing laws that regulate 3D printing before figuring out what 3D printing is will not lead to success. 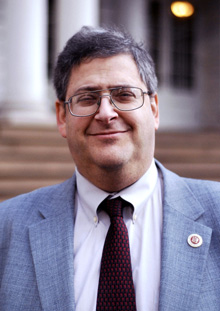 We’ve written a lot about various legal and political reactions to 3D printed guns.  Fundamentally, we have urged lawmakers to take the time to focus on what really concerns them about the idea of a 3D printed gun and to make sure that any new legislation actually addresses that concern.  In almost every case, singling out a specific method of manufacture (be it 3D printing or anything else) is not the best way to do that.

While this is a good legislative practice generally, sometimes it can come into conflict with another instinct – the need for publicity.  Occasionally, lawmakers are motivated more by their desire to get a headline than their desire to make good policy.  All of the attention that 3D printing has been getting lately makes it a tempting target for just that impulse.

There have already been a handful of bills at the local, state, and national level introduced with some connection to 3D printing and guns.  But a recent bill out of New York City stands out as a shining example of legislating for a headline without taking a moment to understand the substance.

Why is 3D Printing in this Bill?

“A computer-driven machine capable of producing a three-dimensional object from a digital model.”

Sure.  But so is every other modern manufacturing machine.  A CNC mill fits that definition.  As do laser cutters.  So do industrial arms that build cars on assembly lines.  And robots.  And, for that matter, automated crochet knitting machines.

Many Bad Reasons, Still Looking for a Good Reason

Of course, there are plenty of reasons to move quickly to put forward a 3D printed gun bill.  But none of them have to do with creating carefully considered policy.  Getting a few press hits can certainly be valuable.  But that value is diminished when they draw attention to the fact that you have no idea what you are talking about and do not have an interest in learning about the issue before you start drafting laws.

What happens when you rush to the press without doing any research or asking simple questions?  You look like a jerk.

But I’m willing to be proven wrong on this front.  If either New York City Council Member Fidler, James, Chin, Recchia, Comrie, Weprin, Palma, Foster, Brewer, Del Carmen Arroyo, Dickens, Jackson, King, Koo, Koppell, Lander, Mendez, Rose, or Vann can explain the specific concern they have with 3D printed guns (not 3D printed guns that are also undetectable, or 3D printed guns that happened to be made at home, or some other type of gun that could also be made some other way - something about 3D printed guns because they are made on a 3D printer), or why that concern led them to a definition of 3D printer that encompasses pretty much all modern automated manufacturing machines, I’m happy to walk this back.  Because, especially after this post, the last thing that I want to be accused of being is a jerk.