The White House and Congress are trying to restrict use of public domain photos and videos. 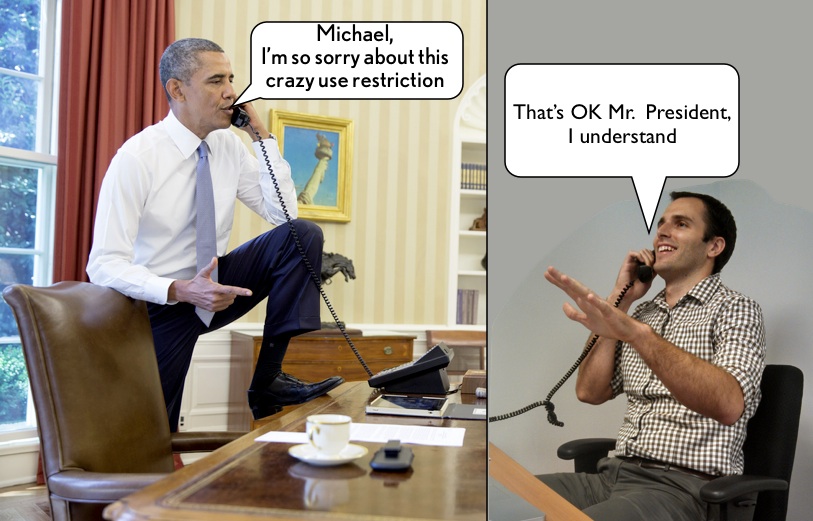 As two of the three branches of the US government, Congress and the Administration have key roles in creating and enforcing our copyright law.  So why are they trying to restrict what people do with public domain material?

Copyright protection under this title [which pertains to copyright] is not available for any work of the United States Government.

This means that works created by the US Government receive no copyright protection.  These works do not pass go nor do they collect $200 – they automatically enter the public domain the moment they are created, freely available for anyone to do whatever they want with them.  And yet strangely there are parts of the US government that do not seem to understand that.

This is not new.  Back in 2009 our friends over at Creative Commons and EFF pointed out that the official White House flickr stream was using a CC-Attribution license – a license that requires some sort of underlying copyright to enforce.  To their credit, shortly after this concern was raised, the White House and flickr responded to this criticism and made it clear that the works are in the public domain.

Those United States Government Work “licenses” still appear on White House Flickr photos.  But the licenses are not alone.  They are joined by a prominent alert:

This official White House photograph is being made available only for publication by news organizations and/or for personal use printing by the subject(s) of the photograph. The photograph may not be manipulated in any way and may not be used in commercial or political materials, advertisements, emails, products, promotions that in any way suggests approval or endorsement of the President, the First Family, or the White House.

What?  This extra language has been noted multiple times, but for some reason persists.  Whenever you see a restriction like this, the first question you should ask yourself is “or what?”  What happens if I use these photos outside of the scope of the restriction?  In most cases, if you saw this type of restriction the “or what” would be “you will be sued for copyright infringement for exceeding the scope of this license.”

But without copyright protection, that “or what” is simply not available.  The White House is not explicitly claiming copyright on these photos (the license makes that clear), but this type of scary quasi-legal language gets awful close to flirting with a bit of light copyfraud. I could reproduce entire photos here on the PK blog – neither the site for a news organization nor my personal website - without fear of any sort of repercussion.  See: 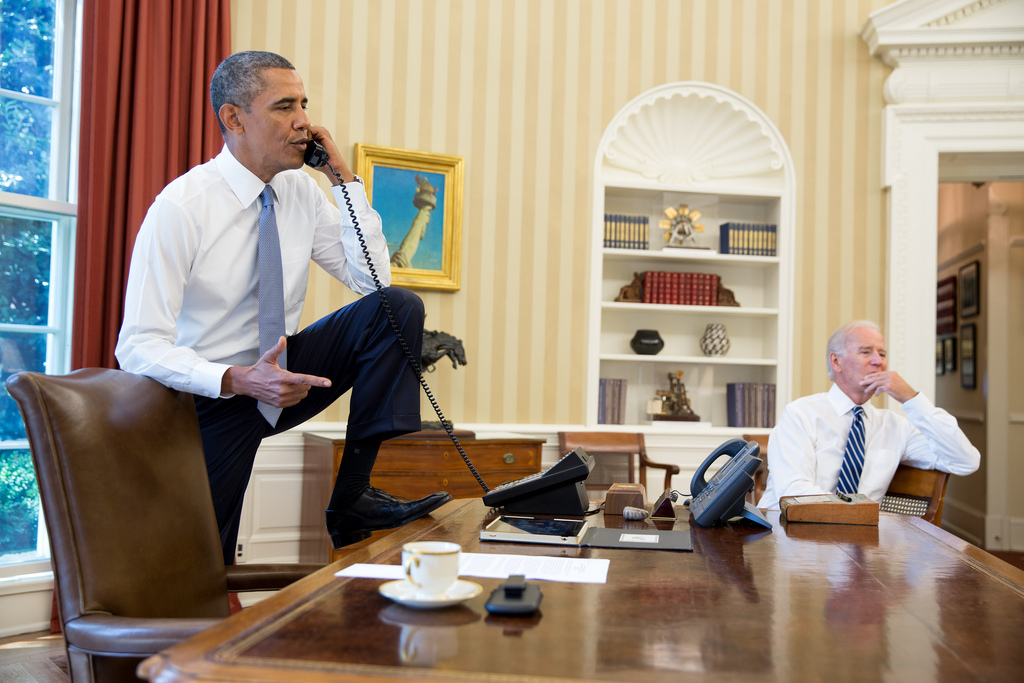 I can even manipulate them in express violation of the alert: 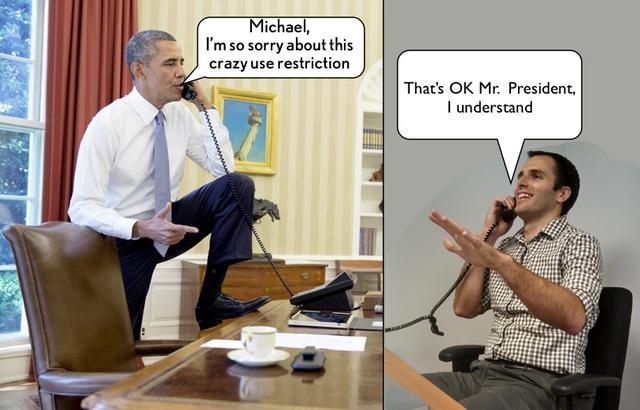 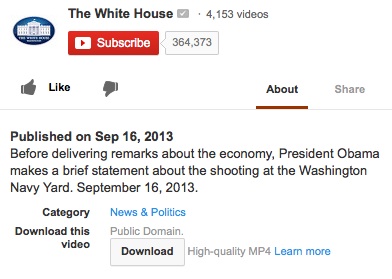 So what’s so special about photographs in the Flickr stream?

Unfortunately, the White House is not alone in this game.  The House Judiciary Committee streams and archives its hearings here and the page includes this restriction:

The House Government Oversight Committee does not have a lengthy use restriction on itsYouTube page.  But instead of a public domain notice with a download button it applies a “Standard YouTube License” to archived videos of its hearings. 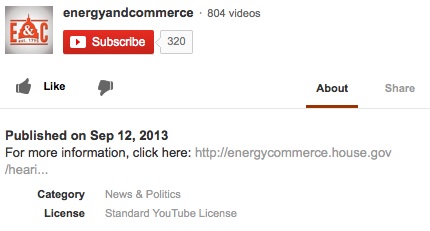 With no underlying copyright to license, that license is meaningless – although it may stop someone who has not read section 105 from making use of video in the public domain.  The House Energy and Commerce Committee does the same thing.  Members are just as guilty.  Representatives Goodlatte, Watt, Blackburn, and Conyers – all of whom are heavily involved in copyright issues – slap licenses on videos that are not protected by copyright.

The Senate is no better.  Videos on the Senate Commerce Committee YouTube channel are licensed under a “Standard YouTube License.”  So are the Senate Budget Committee’s videos.  Ditto for videos from Senators involved in copyright policy like Senators Leahy, Hatch, andFeinstein. All of them leave the public under the false impression that they need some sort of permission in order to make use of these videos.

This may all seem like legalistic quibbling, but it is not.  There are many members of Congress who think it is important to educate the public about copyright, but it seems that no one has thought to start with videos that Congress itself releases.  The same applies for photos released by the White House.  Worse, bogus use restrictions imply that the American public is not free to use the works that its government is producing on their behalf.

Fortunately, this is an easy one to fix.  Get rid if bogus use restrictions on photos and videos.  Make use of public domain licenses on online services.  And if an online service does not allow for a government work-type license, make use of the comments.  Tell the public that they are free to make use of the work however they want. After all, that’s the law.