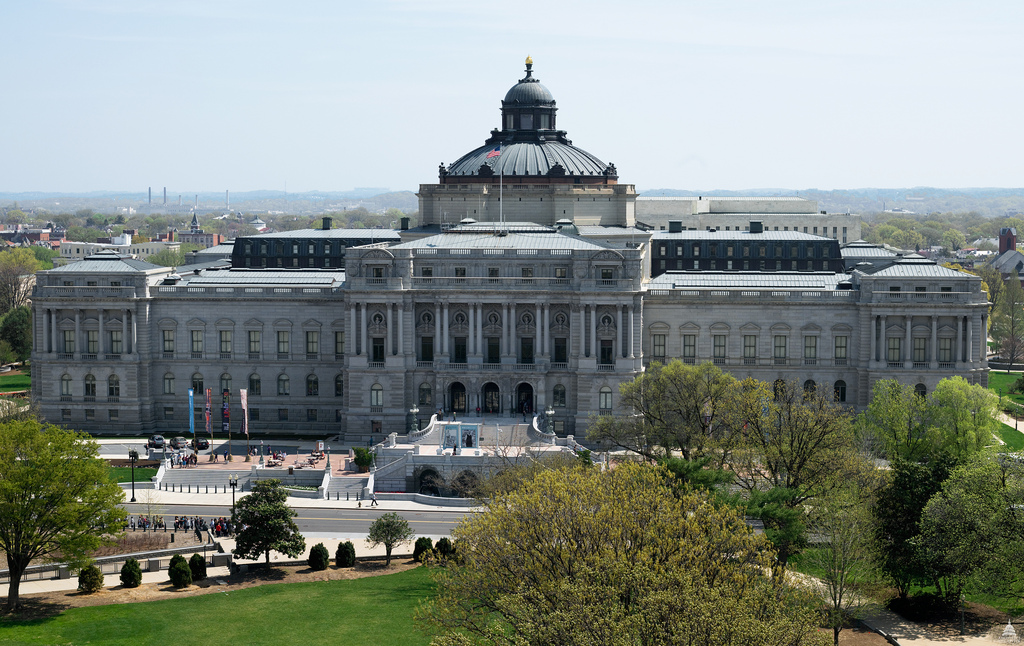 Late last week the United States Copyright Office and the Librarian of Congress handed a significant victory to 3D printer users who want to use 3D printing materials of their choice. The Copyright Office and Librarian published a rule that made it clear that using materials from a someone besides the company that manufactures the 3D printer does not violate copyright law. This is a win for anyone who wants to experiment with 3D printers, and for the concept of limitations to the scope of copyright law more generally.

The rule – technically an exception to the prohibition on circumventing technical protection measures established in 17 USC 1201 (a) – will be in effect for the next three years (I’ll refer to the thing that was published interchangeably as a rule and exception in this post). In three years the Copyright Office will review all of the exceptions granted during this round to determine if they should be renewed, modified, or eliminated. That means that you should please let me know if you make use of this exception, because we’ll have to do all of this again in three years.

In 2015, the Copyright Office and Librarian of Congress granted the first exception for people who want to unlock 3D printers. Unfortunately, the specific language they used included qualifiers that arguably undermined the entire rule.

There was not any opposition to the renewal request, so the Copyright Office suggested renewing it late last year.

The 3D printing company Stratasys opposed the elimination of the qualifying language. As a result the Copyright Office held a hearing on the issue over the summer (summary and video excerpts here) to further explore the issue.

The decision is made up of the formal rule by the Librarian of Congress and the recommendation by the Copyright Office that goes into more detail about the review process and the analysis.

The Copyright Office relied on its 2015 analysis to conclude that, to the extent that it violated copyright law at all, any attempt to circumvent a technical protection measure for the purpose of using third party materials in a 3D printer would be protected by fair use.

It is worth noting here that I believe that there is a fairly strong argument to be made that circumventing digital locks in order to use third party materials in 3D printers does not violate copyright law at all. However, to the extent that it might facially violate copyright law, the Copyright Office’s analysis is helpful because it makes it clear that the Copyright Office believes that doing so would be protected by fair use. For fair use fans, this portion of the Copyright Office’s analysis also includes a helpful reminder that doing something for a commercial purpose does not automatically bring it outside the scope of fair use.

The Copyright Office also concluded that there is no stand alone market for printer operation software. Recall that the copyright-protected work at issue in this proceeding is the software to run the printers. If there is no independent market for that software, then protecting it from infringement is less of a concern.

Keeping Other Issues Out

This time around the Copyright Office agreed. It acknowledged that it tries to limit its analysis in this proceeding to copyright-related issues. The Copyright Office also noted that there was no evidence that its qualifying language was having an impact on health and safety, while simultaneously noting that the Federal Aviation Administration and Food and Drug Administration had both opened their own proceedings on how to consider 3D printing within the context of the issues that they focused on.

In light of this, the qualifying language was introducing harmful ambiguity for legitimate users without bringing any sort of corresponding benefit.

The rule is structured as an exception from the general prohibition against breaking digital locks to access copyright-protected work. While doing so is generally prohibited, people in the US are now allowed to break digital locks on:

“Computer programs that operate 3D printers that employ microchip-reliant technological measures to limit the use of feedstock, when circumvention is accomplished solely for the purpose of using alternative feedstock and not for the purpose of accessing design software, design files, or proprietary data.”

As far as I can tell, this rule eliminates the ambiguity from the 2015 rule. The “microchip-reliant technological measures” qualifier might seem unnecessary at first glance. In fact, it may be unnecessary at second, third, and fourth glance as well. However, I believe it is there because in both 2015 and 2018 all of the examples of digital locks forcing people to use manufacture-provided materials in 3D printers provided to the Copyright Office were microchip-reliant in at least some way. As a result, the record pushed the Copyright Office to include that small qualifier. If anyone has any examples that do not rely on microchips please let me know. Since we need to do this again in three years I will be happy to introduce them into the record.

Now that this round of the process is over, it is worth pausing to consider why it is worth doing this at all. I can think of at least two reasons.

First, it is ridiculous that copyright law can at least arguably be read to prevent people from using a material of their choice in a general purpose manufacturing machine. That is far from the purpose of copyright law. To the extent that copyright-related concerns prevent people from doing so, this process can remove those concerns. Eliminating legal ambiguity can be especially valuable for encouraging groups of people or companies to devote significant time and resources to innovating in 3D printing materials. Hopefully it means that over the long term we see more interesting materials for 3D printing.

The publication of the rule means that the 2018 review is in the books. The next round should start at some point in 2020 so that it can be completed in 2021. Hopefully I’ll be participating then, so if you have thoughts or experiences with any of this please reach out and let me know.