A new wave of creators care about innovating. They care about building things. And they mostly see patents as getting in the way. 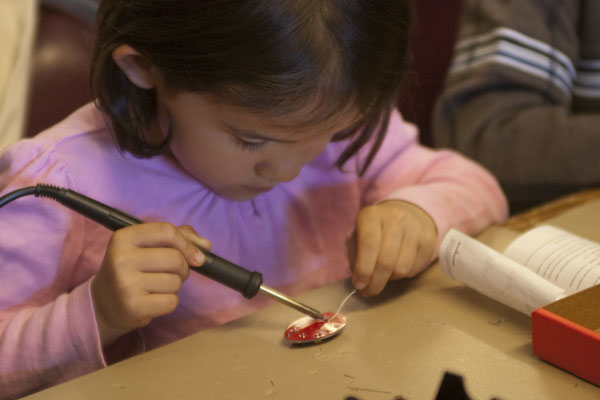 If you are a practicing patent attorney, it might be a good idea to call up that one copyright attorney you know and invite them out for some coffee.  Because it’s starting to look like patents are about to have a copyright-like moment where they get pulled from an esoteric corner of law and thrust into popular culture.

And this isn’t a post about software patents, or about the portable patent thicket that is a modern mobile phone.  No, this is a post about what happens when an entire chunk of society runs into an area of law and gets really, really annoyed with what they find.

Remember What Happened to Copyright

It might be hard to imagine it now, but there was a time when most people were largely unaware of copyright.  It wasn’t woven into their everyday lives, and fair use was as obscure a legal term as fee simple.  Copyright was something of a backwater, of interest only to small numbers of people in a handful of industries.

The internet changed that.  It wasn’t so much that people started creating – they had been doing that all along – but rather that they started creating publicly and distributing their creations.  It was also easier (and more public) to work with the creations of others.  Suddenly, copyright started to touch everyone.

And everyone wasn’t necessarily happy with what they saw once they started paying attention.  Things that people steeped in copyright may have taken for granted (wait, there is no central place to actually look up who owns a copyright?) struck people as annoying at best and insane at worst.  This sunlight shook up some of the fundamental assumptions surrounding copyright, unleashed a wave of suggestions on how to fix it, and generally forced most people in the world of copyright to at least give some thought to the theory underlying it.  And we’re still trying to figure out exactly what it all means.

It isn’t hard to see a similar dynamic brewing in the world of patents.  People have been making things themselves since the beginning of time.  But new technical advances in digital manufacturing and easy-to-use components, combined with open source hardware and the larger maker culture, all coming together on the existing internet, amplifies the impact.

People are starting to make things, share things, and incorporate existing things into their new creations.  To patent attorneys, this is a potential licensing nightmare. But to the people who are creating, this is just a great development.

This recent post by Zach “Hoeken” Smith is a great example of this developing worldview.  As a co-founder of Makerbot, a zealous (in the best possible way) advocate for open source hardware, and the Program Director at the hardware startup incubator HAXLR8R, Zach is as good of an example of the next wave of innovators as you could ask for.

His post makes clear that he does not see a particular value in patents, even though he sees a great deal of value in innovation.  His response is to try and use the patent system against itself by publishing a list of ideas that he hopes people will use but never patent.

Patent attorneys might differ on the wisdom or utility of this strategy, but in some ways that is the point.  Zach, and the world of people that I have unwittingly recruited him to represent for the purposes of this post, do not necessarily care about the technical details of patent law.

If copyright is any guide, when a mass of people get together with that sort of worldview, things start to get interesting.  And the argument that “we’ve always done it one way” is not enough to carry the day.

But Every Time is Different

And in some ways, the patent world is even less prepared.  For people creating things in the world of copyright, copyright brought them into the regime.  They automatically received copyright protection on their creations.  And statutory damages theoretically offered a promise of a payoff to justify the cost of an infringement suit.

Patent does none of that.  Patents are not automatic.  In fact, they are expensive (in both time and money) to obtain, and even more expensive to enforce.  For almost all of these new creators, getting patents will never make sense.  They will never be on the beneficial side of the system.  That makes patents a one-way tool used to stop them from doing what they want to do – things that they see as perfectly reasonable.

After the shock subsides, the calls for reform follow.  People start demanding explanations of why patents work they way that they do.  When this happens, cozy assumptions about the way the world works that were developed by a relatively small universe of people rarely stand up to scrutiny.  There is a lot of attention surrounding patent reform today, but it may pale in comparison to what is on the horizon.

A recent kerfuffle around an open source software creator asking for their package not to be included in a larger project has turned into...… Continue reading