According to Verizon, the FCC’s Open Internet Rules are the only thing preventing ISPs from becoming gatekeepers for the internet. For background on yesterday’s hearing, start here, for a summary of the arguments go here, and for a timeline of net neutrality, click here. 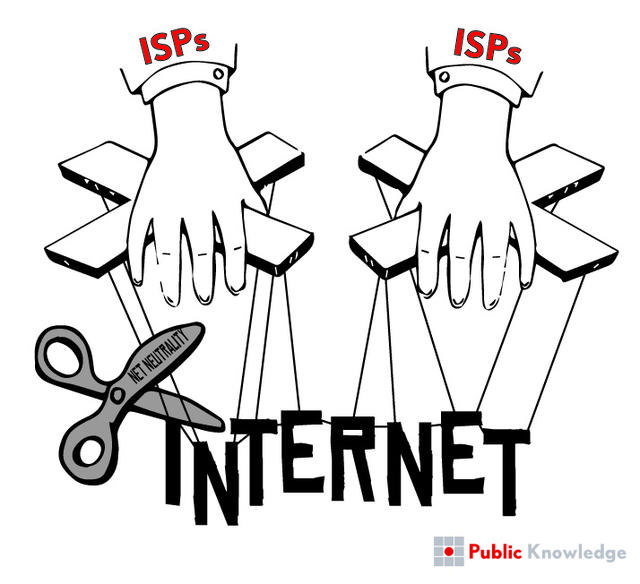 Yesterday Verizon explained, in the simplest terms possible, why net neutrality rules are so important: the rules are the only thing preventing ISPs from turning the internet into cable TV.

During yesterday’s oral argument, the judges and Verizon’s attorney discussed Verizon’s desire to enter into special commercial agreements with “edge providers.”  Edge providers are just another name for websites and services – everyone from Google, Netflix, and Facebook to the Public Knowledge policy blog.

These types of agreements – where ISPs charge edge providers extra just to be able to reach the ISP’s subscribers – are exactly the types of agreements that raise network neutrality concerns.  If Verizon – or any ISP – can go to a website and demand extra money just to reach Verizon subscribers, the fundamental fairness of competing on the internet would be disrupted.  It would immediately make Verizon the gatekeeper to what would and would not succeed online.  ISPs, not users, not the market, would decide which websites and services succeed.

Fortunately, we have rules that prevent this type of behavior.  The FCC’s Open Internet rules are the only thing stopping ISPs from injecting themselves between every website and its users.  But you don’t need to take Public Knowledge’s word for it:

That’s Verizon’s attorney yesterday.  “These rules” are the FCC’s Open Internet rules.  “Those commercial arrangements” are arrangements that would force edge providers to pay ISPs a toll every time one of the ISP’s subscribers wanted to access the edge provider’s content.  In other words, if your ISP doesn’t have a special deal with the website you want to visit (or if the website you want to visit is in a “premium” tier that you haven’t paid for), it may not work.

All of this is good news for those of us in favor of net neutrality. The FCC’s Open Internet rules really are the only thing preventing ISPs from installing themselves as the gatekeepers of the internet.   And if you don’t believe us, just ask Verizon.

Bonus:  The excerpts above come from a slightly longer exchange between Verizon and the judges anchored in a discussion of standing.  The full exchange can be found below.  Remember that a “two-sided market” is one in which, in addition to charging subscribers to access the internet, ISPs get to charge edge providers on the internet to access subscribers as well.

And here is a link to a recording of the entire argument.