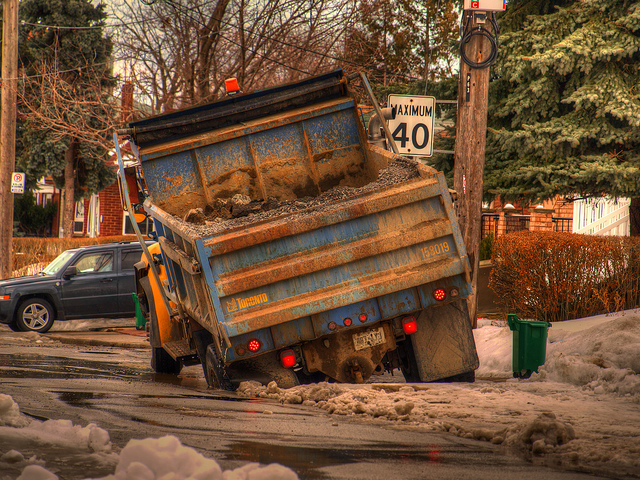 Today the FCC released its Open Internet Notice of Proposed Rulemaking – basically a draft version of its net neutrality rules.  While there is plenty to say about them, in this post I’d like to focus on one part – fast lanes.  Read on for all (or at least some) of the reasons they are a bad idea.

Although the FCC appears to have backed away from its original embrace of internet fast lanes and slow lanes in response to massive public outcry, and Chairman Wheeler made a passionate presentation about the value of a free and open internet at today’s meeting, the proposed rules still imagine a world where some sort of bifurcation of the internet is allowed.  Specifically, it assumes two types of service.  Within the “minimum level of guaranteed access,” (something that could also be considered the “slow lane”) the proposed rules would prevent at least most blocking and discrimination.  But beyond that unknown minimum level of guaranteed access (could be thought of as the “fast lane”), discrimination would be allowed as long as it was “commercially reasonable.”

That is a huge problem. Fundamentally, this is because there is no real way to have a internet divided between fast lanes and slow lanes that also brings all of the benefits that we have come to expect from our current, single, open internet.  Why is this so?  Let’s consider the ways.

A fast lane/slow lane internet adds a new, unwelcome element to innovation online.  Traditionally, new services and websites succeeded or failed based on the quality of their offering.  But in a fast lane/slow lane internet, success goes to the services and websites that can afford to pay off the biggest ISPs.  Service beyond a “minimum level” is often where innovation happens.  It shouldn’t only be available to some.

2. ISPs Get to Decide Who Wins

Of course, “available to some” assumes that ISPs are even interested in doing business with a new service or site.  The proposed rules would give ISPs a lot of flexibility to pick winners and losers online, and simply ignore some players all together.  As long as its decision is commercially reasonable, an ISP could just freeze someone out of the fast lane before they even started competing.

3. The Slow Lane Will Always be Bad

This is just common sense.  If you are charging people to get into the fast lane, it has to be worth the money.  To put it another way, the slow lane has to be bad enough to justify paying to get out of it.  If the slow lane really is good enough for anything that you want to do online, why would anyone ever pay to get into the fast lane?  The result is that the slow lane will always be at least inadequate enough to push a critical mass of users towards the (paid) fast lane.

4. Investment Flows to the Fast Lane

Going forward, ISPs will have a choice.  Should they invest in the fast lane or the slow lane?  Since they get to charge extra for one and not the other, that becomes an easy decision.  You can be sure that any new innovation that would make the network faster or more responsive will debut in the fast lane.  And it may not ever trickle down into the slow lane.

5. Hope You Enjoy the 2014 Internet – It Just Became the High Water Mark

The proposed rules suggest that we don’t need to worry about a fast lane, because the slow lane (the “minimum level of access”) will always be good enough to protect innovation.  In fact, splitting the internet would all but guarantee that “good” internet circa 2014 becomes the baseline well into the future.  Put another way, the slow lane is stuck at today’s average level of service.

That is because benchmarking an “adequate” slow lane becomes all but impossible once you have split the internet.  In the absence of a unified open internet, how could you set the slow lane standard?  One option would be to look to other countries.  But the United States is already well behind other countries in broadband speed, and even today there is always an apologist willing to explain why it is OK that the US is falling behind.  There is no reason to think that would change in the future.  Even if you were willing to use an international benchmark, what would it be?  “The United States shall always have at least the 16th fastest broadband in the world”?  That’s nothing to strive for.

Another way to approach it would be to assume some sort of annual rate of improvement, or some sort of rate that marked “adequate” broadband speed improvements.  But what would the rate be?  Until 2008, the FCC defined “broadband” as 200kbps (that’s kbps, not Mbps).  In 2010, it updated that figure to 4 Mbps.  Those are not numbers that people should have been satisfied with, even at the time.  And even a speed increase rate that looks ambitious today could be rendered glacial by an unexpected innovation.

More importantly, since the slow lane would undermine the virtuous cycle of broadband innovation (high speeds encourages new services, which themselves encourage higher speeds, which starts the cycle over again), we may not even see the innovation that would push up speeds on a single, neutral network anymore.  As venture capitalist Fred Wilson memorably dramatized, we won’t even know what we are missing when innovative startups that push the network never get funded.  Those startups don’t file a complaint with the FCC before the fizzle out.  They just disappear.  You may never miss what you never know, but it will be a shame when the fast lane/slow lane internet settles into a comfortable dotage where real innovation is just too much trouble.

The good news is that the FCC’s proposal is just that – a proposal.  There is still time to change it, and to convince the FCC to create real net neutrality rules that prevent paid prioritization and internet fast lanes.  But that opportunity won’t last forever.  So act now, and tell the FCC where you stand.