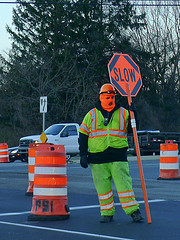 Everything starts with what the order describes as a “minimum level of access.”  This is the slow lane.  The order asks questions about how to actually define this “minimum level of access” (more on that below), but the most charitable reading for now is that it is essentially what you currently get with your internet connection.  That is, your current internet connection forms the benchmark for a level of access that ISPs cannot mess with.  Your ISP cannot block content or degrade this connection within this minimum service.  The rules aspire to make this level “sufficiently robust, fast, and dynamic for effective use by end users and edge providers.”  As described below, we’re not sure that is possible.

Everything Else (the Fast Lane)

Once you get outside of this minimum level of access, ISPs have a lot more flexibility to start cutting deals.  This is the fast lane.  ISPs are allowed to start selling fast lane service to whichever “edge providers” (that’s services, sites, businesses, etc. that you would want to connect with online) they want (or none at all), as long as the deal they cut passes a “commercially reasonable” test.

The proposed rules try to define “commercially reasonable” by using a multi-factor test.  These factors include the impact on present and future competition, the impact on consumers, the impact on speech and civic engagement, technical characteristics, “good faith” negotiation, industry practices, and “other factors.”  As you read these factors you may start to think that they are pretty broad, and that the outcome of any one dispute would turn on who happened to be balancing them.  This would be a reasonable conclusion.  What is clear is that some kinds of discrimination will qualify as being commercially reasonable.

The result of this structure is a two-tier internet: a minimum level of access that ISPs cannot degrade, and a premium lane with plenty of flexibility for deal making.  The FCC appears to assume that the “minimum level of access” will remain a vibrant space for innovation and communication.  Unfortunately, this assumption is flawed.  Yesterday’s post had details of 5 reasons why this plan can never make sense, so for today we can just focus on two.

The Slow Lane Will Always Be Bad (Economic Reason)

This one is easy to understand.  Once there is a split internet, ISPs have the incentive to push every new innovation towards the fast lane.  Innovation in the fast lane means extra revenue, while innovation in the slow lane gets them nothing.  Investments that would have gone into the entire network before the split will now only go into the fast lane.  That means that the forces that have traditionally increased speeds for everyone will now be reserved for those who can pay extra.  All the while, the slow lane just keeps getting slower in comparison.  After all, a slow slow lane makes the premium fast lane an even better value!

The Slow Lane Will Always Be Bad (Regulatory Reason)

One response to these economic forces would be to impose some sort of regulatory requirement of slow lane improvement.  The FCC itself proposes three possible ways to do this: a best efforts delivery requirement, a minimum quantitative performance requirement, or an objective, evolving “reasonable person” standard.

Unfortunately, none of these will protect a viable slow lane over time.  As discussed in detail inyesterday’s post, none of these factors can take into account the innovation that we don’t see in a split internet.  We simply don’t have a way to account for all of the innovation that does not show up because it can’t afford the fast lane to get off the ground.  Beyond that, there will always be excuses for why the slow lane can’t quite incorporate this improvement or that improvement, or why it is OK that the slow lane could not quite hit the benchmark it was supposed to.

There is Still A Good Option

Most of the FCC’s text introducing the proposed rules does a good job of explaining all of the problems with a non-open internet.  But when it comes time to actually protect the open internet, the rules fall short.  In large part, this is because the rules are bending over backwards to comply with the ruling from the DC Circuit earlier this year that struck down the old open internet rules.

But this path is not the only one available after the DC Circuit’s ruling.  If the FCC reclassifies broadband internet access as a Title II common carrier (there’s that term again), it can just prevent ISP discrimination outright.  Under Title II, there it no need to create a fast lane that allows “commercially reasonable” agreements and a slow lane where everything is treated equal.  Instead, content can just be treated equally.

That’s why we are urging the FCC to take steps to actually protect an open internet.  And why you should too.