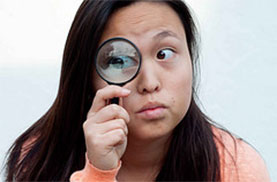 Today Public Knowledge sent letters to AT&T, Sprint,T-Mobile, and Verizon as the first step in the process of filing open internet complaints against each of them at the FCC.  The letters address violations of the FCC’s transparency requirements, which are the only part of the open internet rules that survived court challenge.

Specifically, they call on AT&T, Sprint, and Verizon to make information available about which subscribers have their wireless data connections throttled and where that throttling happens.  The letter to T-Mobile calls on it to stop exempting speed test apps from its practice of throttling some users, thus preventing them from understanding actual network speeds available to them.

The transparency requirement imposes an obligation on ISPs to “publicly disclose accurate information regarding the network management practices … sufficient for consumers to make informed choices regarding use of such services.”  The carriers’ practices with regards to throttling fail to live up to that obligation.

This blog post explains Public Knowledge’s concerns with the policies of AT&T, Sprint, and Verizon first.  It then explains our concerns with T-Mobile.

Who is Eligible for Throttling?

All three target subscribers who use larger amounts of data each month.  All Sprint subscribers are eligible for throttling, while AT&T and Verizon limit throttling to those subscribers holding on to legacy unlimited data plans.  Once a subscriber hits a threshold, she may be throttled during times of network congestion.

AT&T sets that threshold at a specific level – either 3 GB per month or 5 GB per month, depending on their phone.  However, both Sprint and Verizon set that threshold and the far more opaque “top 5 percent of users.”  Sprint suggests that this number is around 5 GB a month, but admits that the actual number will fluctuate on a month-to-month basis.  Without access to network information, it is impossible for subscribers to translate “top 5%” into an actual data amount on their own.

In light of this, we are calling on both Sprint and Verizon to publicly publish monthly information about where the 5% threshold is located.  Failure to do so prevents consumers from being able to make the informed choices regarding use of services referenced in the rule.

When and Where are Subscribers Throttled?

Regardless of the threshold, subscribers are not automatically throttled as soon as they reach it.  Instead, they are merely eligible for throttling.  Subscribers will only actually be throttled when they are attached to a congested part of the network.

Unfortunately, as with the 5% threshold, it is impossible for subscribers to know where those congested parts of the network might be.  That is why we are calling on AT&T, Sprint, and Verizon to publish real time information about network congestion events that would trigger throttling for eligible subscribers in order to comply with the rule.

One of the reasons that transparency is such an important part of the open internet rules is that, to the extent consumers have competitive choices, it makes it possible to compare one carrier to another.  AT&T, Sprint, and Verizon’s current policies make that impossible.  If I am a heavy data user, I can’t easily compare how much data will actually trigger throttling.  Similarly, I can’t look at maps of the places that I frequent to determine if they are likely to be congested (and therefor throttled).  Transparency can fuel competition, which is why compliance with transparency rules are so important.

In our letters, we emphasize the importance of making this information available in open and accessible formats.  This is important for at least two reasons.  First, it makes it easier for third parties to package that information in ways that are useful to subscribers.  Instead of being forced to rely on whatever alert system AT&T, Sprint, and Verizon decide to make available, releasing this information in an open and accessible format will allow outside developers to create tools that bring alerts to people in ways the prefer.

Second, open and accessible formats make it easier for outsiders to understand exactly how AT&T, Sprint, and Verizon are implementing network management practices.  This type of monitoring was one of the key drivers of the transparency rule in the first place.  As the FCC explained in its open internet order:

A key purpose of the transparency rule is to enable third-party experts such as independent engineers and consumer watchdogs to monitor and evaluate network management practices, in order to surface concerns regarding potential open Internet violations.

This type of evaluation is much easier when the data that fuels it is freely available.

T-Mobile’s policies also raise transparency concerns, although those concerns flow from slightly different behavior.  When a T-Mobile customer reaches her clearly defined data cap, her connection is automatically throttled regardless of how congested the network is.  This sets them apart from AT&T, Sprint, and Verizion.

However, that throttling is not universal.  In addition to exempting select music services, T-Mobile exempts speed testing services from throttling.  As a result, even when a customer is being throttled a speed test will indicate that she is connected to a fast 4G network.  Unfortunately, when she tries to use that network it is throttled to unknown “2G” speeds.

When a customer performs a speed test, she is rarely curious to explore the theoretical maximum speed of her network.  Instead, she wants to determine exactly what speed her network is actually providing her.  T-Mobile’s policy of exempting speed test apps make it very hard for throttled T-Mobile subscribers to come by that information.

Of course, that process can stop at any time.  As soon as AT&T, Sprint, T-Mobile and or Verizon comply with the transparency rule, we will drop our complaint.